Not to be confused with Exploding Tree Function, or Friedman's finite trees.

2006
The TREE sequence is a fast-growing function arising out of graph theory, devised by mathematical logician Harvey Friedman.[1][2] Friedman proved that the function eventually dominates all recursive functions provably total in the system \(\text{ACA}_0+\Pi_2^1-\text{BI}\).[1]

The first significantly large member of the sequence is the famous TREE[3] (sometimes written as TREE(3)), notable because it is a number that appears in serious mathematics that is larger than Graham's number.

Suppose we have a sequence of k-labeled trees T1, T2 ... with the following properties:

Kruskal's tree theorem states that such a sequence cannot be infinite. Harvey Friedman expanded on this by asking the question: given some k, what is the maximum length of such a sequence?

TREE[n] was strongly believed to grow at least as fast as \(f_{\vartheta(\Omega^\omega\omega)}(n)\) in the fast-growing hierarchy, making it quite sizable even to a googologist. However, the estimation was based on wrong arguments by googologists, and hence has never been proved. See #Issues on other analyses.

If this belief is actually correct, then the TREE function is more powerful than Kirby-Paris hydras and Goodstein sequences, but weaker than subcubic graph numbers and Buchholz hydras. For a look into one of the issues of estimating high growth rates, check this section of a page on Jason's notation.

Define \(\text{tree}(n)\), the weak tree function, as the length of the longest sequence of 1-labelled trees such that:

Although there are few known results, i.e. proved statements, of lower bounds of tree, a famous Japanese mathematician T. Kihara verified that tree(4) is greater than Graham's number.[5] He introduced a hierarchy \(\text{tree}_n\) of large functions indexed by ordinals \(n \leq \omega + 1\) associated to a hierarchy of binary trees equipped with a fixed coding of a sequence of natural numbers, and precisely estimated the hierarchy in terms of fast-growing hierarchy. The significance of his works is that he explicitly estimated the value of the combinatoric large functions, while many googologists roughly talks about "the corresponding ordinals" without proofs. The ability of trees to express ordinals does not ensure the comparison between \(\text{tree}\) and the fast-growing hierarchy, and hence many arguments based on this wrong deduction are meaningless.

Further, Kihara developed the method to precisely estimate the hierarchy \(\text{tree}_n\) extended to ordinals \(n < \Gamma_0\) associated to a hierarchy of ternary trees equipped with a fixed coding of Veblen hierarchy, and verified \(\textrm{tree}(4) > f_{\varepsilon_0}(G)\) and \(\text{tree}(5) > f_{\Gamma_0}(G)\) with respect to the canonical system of fundamental sequences, where \(G\) denotes Graham's number.[6] Unlike "usual" arguments in this community based on wrong deductions like "the fast-growing hierarchy depends only on ordinals" or "the existence of the correspondence to ordinals automatically ensures the comparability to the fast-growing hierarchy", the result explicitly estimates the lower bounds of the specific values of tree function.

Issues on other analyses

Since TREE and tree are quite difficult to evaluate, there are so many wrong or proofless statements about them. For example, several videos and articles explain how large TREE[3] is by "comparing" to many other known numbers without sources. Those estimations might be fortunately true, but the truth is irrelevant to the fact that they have not been proved.

As we explained in #Analysis, many googologists roughly talks about "the corresponding ordinals" without proofs and "usual" arguments in this community are based on wrong deductions like "the fast-growing hierarchy depends only on ordinals" or "the existence of the correspondence to ordinals automatically ensures the comparability to the fast-growing hierarchy". Therefore the reader should be very careful if there are statements without peer-reviewed sources or proofs in this wiki.

\(\text{tree}(2)\) is a bit larger, we have two longest sequences that go as follows:

Determining the exact value for \(\text{tree}(3)\) is much harder, since there are a lot of sequences to check, and each of these is very long. Nevertheless, a sequence has been formulated and an answer given[11]. The sequence is as follows:

(This alternative has yet to be formally verified.)

Trees are tricky to visualize without drawing them out, so we shall devise a more compact way of representing them. Consider a language which has various kinds of parentheses such as (), [], {} etc. Parentheses always come in pairs and can nest within each other. Within a larger node, they may be concatenated. For example, the following strings are valid in this language:

With all this in mind, we can create a function which should correspond with the original definition of TREE[k] assuming this notation was derived correctly. Suppose we have a sequence of strings with the following properties:

TREE[k] is the maximal length of the sequence.

Suppose we have a sequence of strings with the following properties:

tree(k) (the weak tree function) is the maximal length of the sequence.

The readers should be very careful that there are many videos in which results which have not been proved are expained as if they are known results. Therefore if videos do not cite peer-reviewed sources or proofs, the reader should not believe and spread the results. 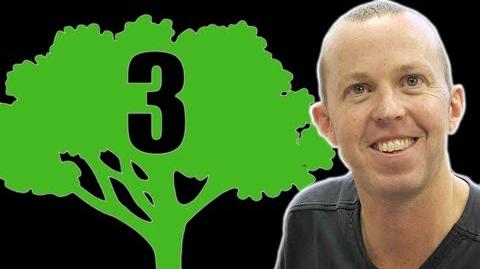 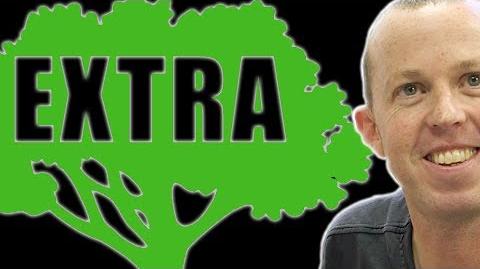 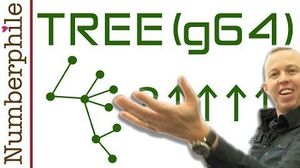 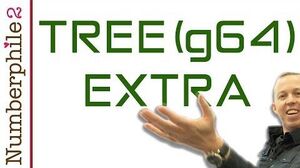