It was the last number on Robert Munafo's Notable Properties of Specific Numbers.[4] In February 2013, it was superseded by mega. 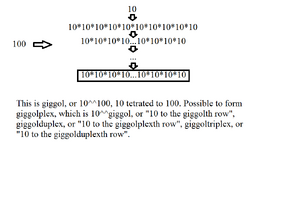